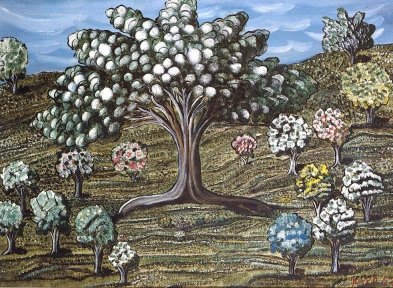 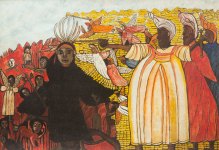 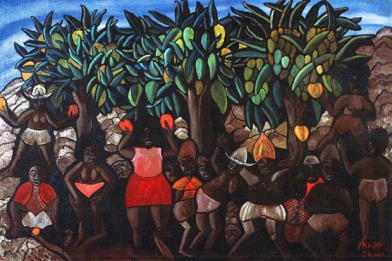 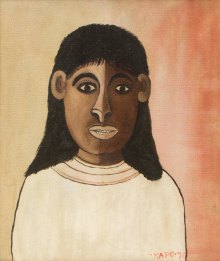 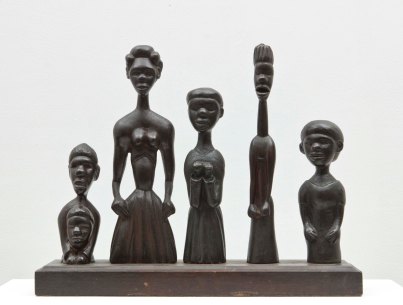 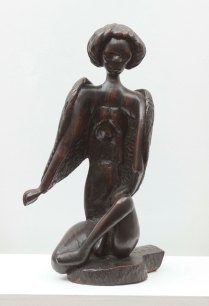 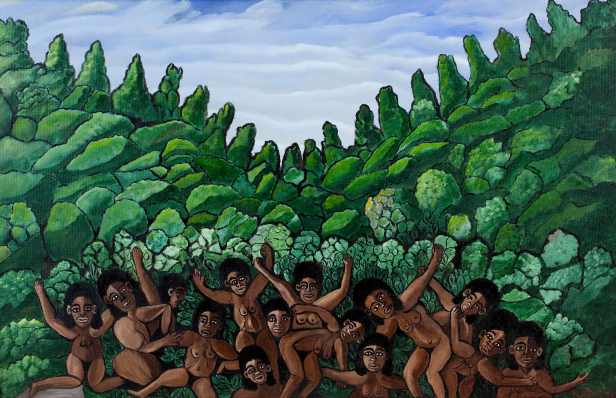 National Gallery West is pleased to present its latest exhibition Selections from the National Collection: Mallica “Kapo” Reynolds, which will be on view until mid October 2017. The exhibition is the first in a series of exhibitions that feature aspects of the National Gallery of Jamaica’s collections, while the permanent galleries in Kingston are being refurbished.

The Jamaican artist and charismatic Revivalist Bishop Mallica “Kapo” Reynolds was born in 1911 in Byndloss, a rural St. Catherine community some thirty miles from Kingston. At age sixteen he received his first vision and started traveling the countryside preaching. In the early 1930s he made his way to Kingston and settled in Trench Town where he established his Zion Revival church, the St. Michael Tabernacle. He later relocated to the Olympic Gardens community in western Kingston.

In Trench Town in the mid-forties he began translating his visions and his imaginative transcriptions of biblical events into paintings. Most of these early works, it is said, were lost when they were confiscated by the police as evidence of Obeah practice. By 1950, he had begun to carve, first in stone and then in wood. His unique artistic talents were discovered and supported by several influential patrons, such as the later Prime Minister Edward Seaga, who conducted ethnographic research on Revivalism, and the hotelier John Pringle, who served as Jamaica’s first Director of Tourism and who was committed to asserting the cultural identity of Jamaica in the tourism industry. While he encountered significant prejudice during his early years, Kapo’s stature in the Jamaican art world rose rapidly in the 1960s and by the time of his death in 1989 he was recognized as one of the most significant Jamaican artists of the twentieth century, and a key exponent of the so-called Intuitive, or self-taught genre.